A Riff on Rage 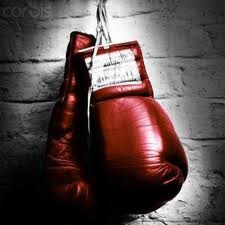 I live in an interesting state.  I love where I live even with the arctic winters and the almost tropical summer temperatures.  I love our lakes and our seasons, and I even like the quirky regional accents.  I do, however, wonder if our civil engineers really are drunken sailors because the design of our roadways makes no sense.  There are a few highways in my neck of the woods that appear to be designed to kill us all.    There are two reasons for this.  Two of these particular roads involve yielding, and yielding is a problem for my fellow drivers.  I am not native to my resident state meaning I was taught to drive in another state–Texas.  In Texas, we were taught to avoid the “wolf pack” ( a group of cars driving too closely together on a highway), maintain proper distances between cars, and we were forced to watch movies like “Blood on the Asphalt” .  Our educators said that these films taught us what would happen if were irresponsible while driving.  Mainly, they just scared the shit out of us.  There is, however, one important skill we were all taught–how to yield.  My fellow drivers don’t yield even when it’s potentially hazardous not to do so.  The drivers here will cut you off, accelerate on the highways to prevent a lane change, pull out at very low speeds onto the highways where yielding is required causing car accidents, and so on.  The second reason that some of our roadways are hazardous is that the safety of the designs themselves depend upon the drivers yielding to merging traffic.  Well, as I’ve stated, the local drivers don’t yield so we have a very big problem.

I was driving one of these highways a few weeks ago, and I approached one of the most dangerous interchanges on that stretch.  I have to make a quick exit (yield), merge quickly onto another highway (yield again) where I have to merge quickly into high-speed traffic (more yielding), cross three lanes of that traffic in order to make a left lane exit to merge onto another highway.  I call it the High Speed Death Merge (HSDM) because the drivers here often won’t let you cross those lanes to make that left lane exit.  They are, however, more than willing to box you into the far right-hand lane which forces you onto another highway going in the opposite direction.  Often, there is plenty of space to merge into those lanes, but once those drivers catch a glimpse of my turn signal illuminating my intention to, OH NO!, get in front of them (Heaven forbid!), they accelerate, and I’m caught in the 70 mph current of traffic flowing away from my destination.

On this particular day that I was attempting the HSDM, the road looked clear as I approached the three lane highway.  “I’m going to make this exit today,” I thought to myself as I accelerated.  To be honest, getting ready to cross this highway is like preparing for light speed.  I feel like I’m checking my engine, my dashboard instruments, my blind spots, my rearview mirror, and then I double check everything.  I take a deep breath, and then I punch it.  And, there he was.  About three car lengths behind me.  A very large, red pick-up truck.  In retrospect, my mistake was activating my turn signal, but I have been trained to use the turn signal to communicate my intentions to other drivers.  Using the turn signal is like waving a red cloth in front of a bull in these parts of the country! As soon as that truck saw that little light blinking, he charged.  Now, I was already traveling at about 65 mph.  I was preparing to make the jump to light speed after all, but at what speed would this man have to be traveling to catch up with me if he were at least 3 car lengths behind me? (Do you feel like you’re in Algebra class again?)  And, why on earth would he be doing that? He was trying to prevent me from taking the left exit! He had to expend a great deal of effort not to mention gas to catch up with me but also to box me in so that I couldn’t merge into the next lane in a short period of time.  What did I do? I accelerated, too, and I had the advantage.  I was ahead of him after all.  I had to accelerate to 85 mph to overtake him, cross those three lanes of traffic, and make the exit, but I was not going to be pushed onto another highway this time just because Mr. Passive Aggressive in the red dually felt like playing chicken.  As I checked my rearview mirror one last time while happily merging onto my exit, I saw Mr. Passive Aggressive’s hand gesture reflected back at me–the bird, the one-finger salute, the finger.  Then, it hit me! He thinks I’m the one with the problem in this scenario.

Frustration, anger, and rage are funny like that.  The culture in my state is a little on the repressive side.  Okay, I’m understating it.  We are a bunch of stoic Scandinavians who don’t express anger or any sort of strong emotion well.  Put us on the roadways, and it all starts to come out sideways.  Everyone is supposed to be “nice” all the time.  It’s part of the state’s unofficial motto for crying out loud.  Well, put a repressed stoic in a car with anger issues, and what do you get? A person who won’t yield.  A person who won’t let another person into the flow of traffic.  People think that they are anonymous and invisible when they are in their cars.  This is the only reasonable explanation for why people pick their noses while driving (and eat what they find–yes, I saw that once).  Suddenly, it not only becomes okay to cut people off, or box them in, or deliberately accelerate to prevent a lane change, but it becomes okay to tailgate and chase and express rage while driving, too.  And, if you ask the person making these choices why they are behaving this way, do you know what they would say? They would say it’s the other person’s fault.  The other person cut them off so it’s okay to flip them off.  The other person won’t change lanes so it’s okay to tailgate.  I’m sure Mr. Passive Aggressive has a very good reason for his bad driving.  His reason is me.

Feelings of rage often lead us to feel entitled.  Victims of violence, trauma, or anything else feel entitled to lash out because of their victimization.  You deserve it, right? Look at how much you’ve suffered.  Go ahead and roar until you’ve got nothing left, but be careful.  Who are you roaring at?

There is a character named Lt. Dan in the movie “Forrest Gump” directed by Robert Zemeckis.  Lt. Dan lost both his legs in the Vietnam War.  He descended from a family of men who fought and died in all the major wars in which America was historically involved.  He believed that it was his destiny to fight and die in Vietnam, too.  When Forrest saved him, he deprived Lt. Dan of his legacy and his legs.  Now, he was left a veteran in a wheelchair for the rest of his life without any honor or glory.  Lt. Dan became mired in his own rage and grief.  He lost sight of who he was because of what he’d lost.  There is a scene in this film where Lt. Dan and Forrest are on a shrimping boat on the Gulf of Mexico during a violent storm.  Dan is on the deck fighting this storm, yelling at it, screaming and punching the wind and rain as it pelts him in the face.  He is wrestling with God, and God is wrestling with him as the little shrimping boat rocks back and forth as wave after wave surges.  Lt. Dan needs to have it out with God.  You can hear him screaming, “Is that all you’ve got?!”  The wind only increases, the rain pounds harder, and Lt. Dan fights back even more.  This is what we do with our rage.  There isn’t a human being alive who could endure being on the end of what a victim of abuse carries inside.

I want to show you what it looks like.  French director Jean-Jacques Annaud directed the 1988 film “l’Ours” (The Bear).  It is one of the most visually stunning films I’ve ever seen.  There is very little dialogue.  The film tells the story of an abandoned Grizzly cub who finds himself in the company of an adult Grizzly male who is being tracked by hunters.  One of the hunters manages to shoot the adult bear, but he survives.  In the following scene, the adult Grizzly comes upon the hunter who shot him–the metaphorical abuser, and what you see is an expression of animal rage directed at a human.  There is no violence.  It is very moving.  Please watch it, and while you watch it consider your own feelings.  If you came upon someone who hurt you deeply, what would you do? Would you do what this bear does?

Wrestle with God.  Punch the air.  Launch into invective in your journal.  None of us regardless of our circumstances or how we came to be hurt is entitled to hurt another person or aim our rage at another.  That only continues the cycle of abuse, and it must stop with us.  We have been victims, but never let your victimization victimize another.  Notice that the bear walks away from the hunter.

If you haven’t seen the film “Forrest Gump”, watch it.  Lt. Dan does wrestle with God, but he also makes peace, too.  And this mighty Grizzly bear lives on to enjoy a good life as well.  Healing is a process.  Rage and anger are only a few steps on the pathway to greater destinations.

← Veins of Gold
Outer Limits and Beyond →